As I set foot out of the Jodhpur railway station on 2 January 2020, all I wanted to find was the much-hyped ‘blue’ in the Marwar region of Rajasthan, Jodhpur, also known as the Sun City of India.

There is much branding out there in the virtual world about Jodhpur, it was a disappointment to not see the town painted blue in the Blue City. It appeared the Sun City had bowled over the blue of the Blue City.

Where is the blue?

After having seen some photographs of Umed Bhavan, I decided to not visit the palace, and turn my focus to visit the grand Mehrangadh Fort.

As anyone else would do, I took an auto rickshaw to reach the palace. There was the usual drill of security check, long line for tickets, audio guide, and follow the ant line of tourists to see what’s defined under the 33 spots of historical importance at the fort.

The grandeur of structure on a sandstone mountain loomed over me like a beautiful Giant. I got me wondering what it would be like to travel back in time when the Raus of Marawar ruled Jodhpur. What would it have been every time the kind marched on his horse or the elephant after triumphantly winning a battle? what would it have been like for Rapunzel to be an Indian Character trapped in of those high towers? The fort is an aesthetic marvel and gifted creation from the past.

After walking through the castle, clicking snaps, I manage to spend some time with the local musician Nainuram, understanding his life and music. The walk wasn’t complete with covering the Canon point, which gives you a good view of the Jodhpur city as well. As I walk towards the canon point I stop a young man to ask for directions and strike a conversation. My ears were pleasantly surprised to be in conversation with a Graduate in History, who was involved in the documentation of the history and its evidence at Jodhpur.

In my conversations with a local, I usually ask them what does the city has to offer that I must not miss. He said “If you want to see what is Blue about Blue City, then walk to the farthest point of the fort ahead of the canon point. You will reach a temple. Go behind the temple and there are some vantage points that will let you have a view of the Blue City”. And then he suggested that I also immerse in the Blue City walking through it and accessing the 2 water Bodies at the back entrance of the fort from “Nav Chokia”. I was glad that I have a start point to explore for another day at Jodhpur.

After wishing each other luck, I continued to walk towards the temple. Reached the backside of the temple to peep over the little window of the fort wall overlooking “The Blue City”.

The Hunt for the Blue City was over. I now knew where it was and what I am going to explore the following day.

The sun had set and it was time for me to find my way back into the city. As I began asking directions to get to my destination, a kind guard at the fort recommended I take the winding stone-paved way just beside the fort’s entrance to find my way back to the Clock Tower or Ghantaghar, which is a market square at Jodhpur.

The walk back was yet another pleasant surprise with night-lit views of the fort and enough visual of the local settings in the old part of Jodhpur City.

To know all about Jodhpur, read my post here 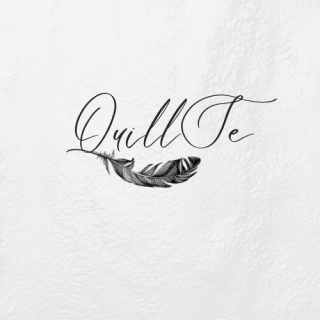 Life happened and I unplugged. For the last six months, I am travelling solo on a journey of exploration, inspiration and connection.